Glow In The Dark Pigments have near infinite uses, and their uses are limited by our creativity. By combining our creative ideas, we make the unimagined, become reality. 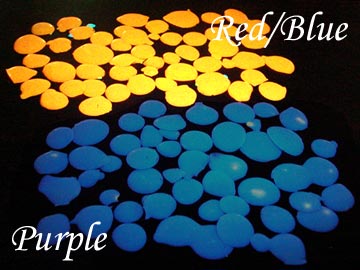 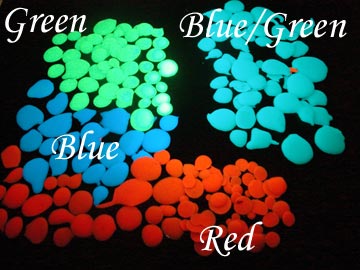 The five different Glow in the Dark Standard Series Pigment colours we stock at present. The Green Pigment represents the normal and Premium Green Pigments. The Red/Blue is a mix of Red and Blue Pigments. 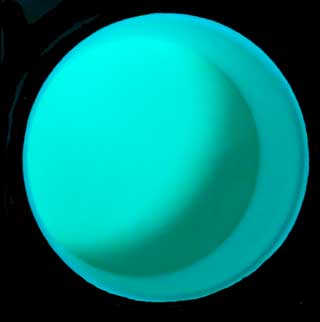 Glow In The Dark Pigment In Light 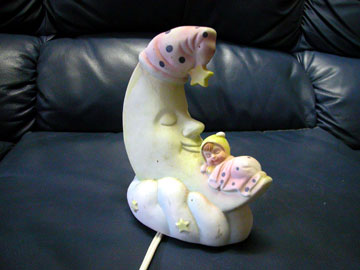 This Night time Moon has a 240 volt light that illuminates it from the inside when switched on. We will be painting it with glow in the dark pigment so when the power is switched off it will continue to glow and should look very nice. As it is is partly transparent we will also paint the inside of it for an even better effect. We will make the moon part green and the cloud section (bottom) blue. The lips will be red. We will choose the colour of the other sections as we progress.

Ways to apply The Glow Paints
It is best to give non white items an undercoat of white paint first; (Black and dark colours absorb light and will diminish the glow). We also recommend painting in low light conditions with a black light; (This will show the areas you miss when painting the object). Around three (3) coats of Glow In The Dark Paint is normally needed for effective coverage of surface. 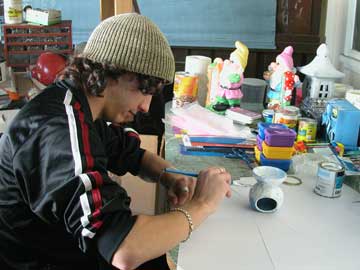 Matt Painting a container with white Glow In The Dark paint 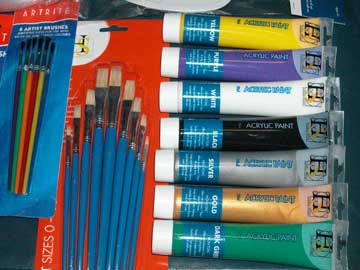 We sometimes use white Artists Acrylic Paint mixed with Glow In The Dark Pigment if we are painting an item for interior display.